View source
watch 01:36
We're Getting Mutants in the MCU - The Loop
Do you like this video?
Play Sound

While Era is a fairly laid back private server, there are some common rules we all play under to keep it a fair, competitive, and friendly environment. 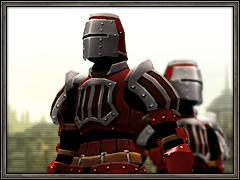 The Era GM team will examine rule infractions and rule on the appropriate punishment as they see fit. These can lead up to and including termination of your accounts, or possibly banning you from the server entirely. With this knowledge, please do your best to abide by the rules located here.

All of these are expanded upon below, you can read those by clicking on the rule.

No Harassment or Hate Speech

We're all here to enjoy the FFXI experience Era provides. Please be respectful of your fellow adventurers and Era staff members.

We do not permit any language or behavior:

If someone feels offended enough to submit a ticket for harassment or hate speech, you might have crossed a line you should have respected. If a GM has a discussion with you and gives you a warning, it is advised you examine your actions and heed their words. It is possible that you may or may not get a first warning, depending on the infraction. If you happen to get one, don't expect another one.

The Era server and TehSocial linkshell are made up of players of all ages from around the world. It is important to understand that others are having to interpret your intentions only through text. English may or may not be their first language, and common local slang may not be understood.

TehSocial itself is a useful networking tool, especially for new players on the server. Due to its nature and being awarded to all new players, we expect players to keep it relatively clean and not disrespect the common space. Those that don't will find their pearls broken.

TehSocial and public chat channels like Say are not the place for any of the following:

Individuals that the staff infers are just seeking to cause trouble in general will find themselves at the wrong end of the moderation stick.

Players are permitted to create linkshells and set their own rules, provided they do not violate our No Harassment or Hate Speech rule.

This is fairly obvious and people like to play the dumb card or push the gray line. Cheating is using any practice or 3rd party program/script/addon/plugin (referred to collectively as "tools" below) that is not approved to gain an unfair advantage. Even if it does not directly harm others, if it is still an infraction.

You may view the list of approved Ashita and Windower addons or plugins here. In addition, DAT mobs that change in-game graphics like XiView and XiVision are allowed.

Any other tools not mentioned above or here are not allowed. If you would like something added, please discuss it with the staff on Discord.

Players may not use methods or tools to exceed the allowed character login limits. Do not expect any leniency in the matter, no matter the reason.

You may login multiple characters at once. Any process used to get around the current simultaneous character limit of up to 3 is a rule infraction and will be dealt with by the GM staff. This allowance is a privilege and you must play responsibly with all of your characters. Performing actions that cause zone crashes or otherwise hinder the enjoyment or integrity of the server may cause you to be on the receiving end of a talk with a GM.

In addition, creating numerous accounts to try to game the system and get rewards or access to progress, items and other resources by utilizing dummy accounts will not be allowed or tolerated. This includes cycling through new characters to do things for one-time rewards or attempting to build a gardening empire.

No Holding of NMs 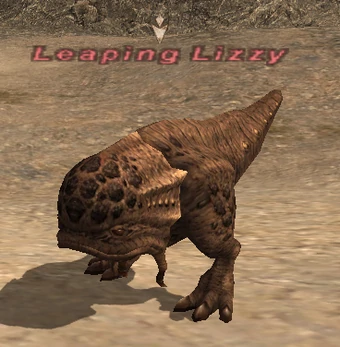 No one is permitted to hold monsters longer than a reasonable amount of time for party members to gather (generally 10 minutes). You may not drag it far from its spawn point, either. Keep it within 2-3 squares of its spawn location on the map.

If the mob turns yellow because you didn't maintain hate on it, and someone else claims it, that's too bad. Adjust your strategy or prepare better in advance next time.

A player wishing to do so may kite an NM to death, but must be making an earnest effort to kill it over time with DoTs at the least. If you are not damaging the mob, that is not permitted.

A GM, if called, will be the one making a decision whether or not this rule is being followed. You will respect their decision and not react like a spoiled brat. Or else they have cart blanche in dealing with your attitude issue. Like throwing you in Mordion and not dealing with it for a great number of days.

Very, very simple. No real life currency is to be traded for any in-game currency, accounts, activity, or items. Period. If you want to engage in RMT, make a character on the retail server Asura and enjoy the cesspool there. It's not happening here. No arguments on this topic will be heard, no matter how flawed your logic or perspective is.

There is no explicit rule against account sharing currently, provided you do not attempt to exceed the limits on the number of accounts you are allowed to login in at once.

Your account's security is your responsibility. If you trust a linkshell member to use it to login to lot on a drop while you're at work, that's your call. Realize that if they're caught breaking a rule while logged into your account, you might lose your account along with any other account involved in the situation.

That's a hell of a risk, right? Be certain who you trust with your characters.

If you collect linkshell members accounts and attempt to bot as an alliance, you're going to get every account banned. Period.

Note that we will not deal with any potential drama from your bad decision to trust someone that turned out to be sketchy. That was your choice, you made it. Suck it up, buttercup, and move on.

Getting Dynamis clears takes priority over any other activity in the city or dreamlands zones, along with Dynamis-Glacier. This means if you are farming and a party of players informs you they intend to come in to do a Dynamis clear run in a short bit for a newer player, then you must either vacate or assist them in achieving that goal.

You may not AFK in a Dynamis zone longer than it takes to run to the bathroom. AFKing prevents the zone from resetting, holding it hostage. This is similar to holding NMs and hinders the game experience of others.

If you see another person is in the zone, you are encouraged to send them a tell and discuss your intentions about entering it. Often, it's better to either coordinate to be at separate locations inside or work together and split the results. Realize that if you're just farming, they have every right to come in and farm as well.

Any player is only allowed to be inside a single Dynamis zone at any time, regardless of how many accounts they're playing on.

All players are encouraged to reflect on the fact that Dynamis-Jeuno currently has a one hour lockout due to players not learning to play well with each other. If GMs have to deal with too many issues, other similar adjustments are likely to occur. So be excellent to each other!

No actions or activities that could lead to the harm of the server hardware and software, its staff, or players

This should be the obvious catch-all rule. Any action or activity in or outside of the game that will negatively affect the server, its staff or players will result in consequences leading up to and including termination of accounts or banning. This includes harassment, doxxing, stalking, and other such activities IN and OUT of the game. Learn to grow up and move on from whatever is bothering you about a person or face the consequences

We want Era to be a fair place for every player. If you are caught breaking the rules you will be punished. If you believe another player is breaking the rules, please submit a ticket and give as much information as possible. Thanks for reading.

Community content is available under CC-BY-SA unless otherwise noted.
Advertisement